We live in a country whose government has very distinct origins.  The Founding Fathers were colonials of Britain.  We were colonists.  So think through with me for a moment the logic of colonies.  The Founding Fathers' citizenship was British.  They were fully and completely British citizens.  But that did not mean that they were planning on returning to Britain from the colonies one day.  It meant that they were to bring British culture-values, government, education, military-to a new place.  And what would happen if the colonials got into huge trouble with the indigenous population?  Britain would send soldiers to rescue them.

Now think about this.  In Roman times it was no different.  After the civil wars of the mid-to-late first century they didn't want all those retired soldiers hanging around Rome so they sent them off with a mission to colonize the world.  The city of Philippi was one such colony.  The former soldiers, whose citizenship was in Rome, were to bring Roman culture to the new city-values, government, education, transportation, military, etc.  And what would happen if there was an uprising.  Rome would send soldier to rescue them and in the extreme the Caesar would come himself.  Caesar was also given the titles of Savior, Son of God, and King.

But our citizenship is in heaven and from it we await a Savior, the Lord Jesus Christ.

- Letter to the Christians in Philippi aka. Philippians 3:20 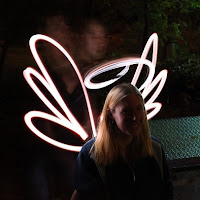 That's right.  The logic of our citizenship being in heaven is not that we need to get this little bit of life on earth over so we can go be in heaven some day.  The logic of citizenship is that we are to colonize this world with the culture of heaven.  We are to bring the values of God's Kingdom into our worldly kingdoms. And kingdom values are forgiveness, service, humility, obedience, and love.

That's not to say that if we work extremely hard then we can bring about God's Kingdom here on earth-the 20th Century should have put a nail in the coffin of that pipe dream.  But that is to say that our heavenly citizenship is actually a calling to work in the here and now. So that when in a dramatic moment God's new Heaven and new Earth (that is to say, New Creation) are revealed, while it will be dramatically different, there will also be a strange, fitting, just, continuity with the kingdom building work that God's people have done in the present.


Therefore, my beloved brothers, be steadfast, immovable, always abounding in the work of the Lord, knowing that in the Lord your labor is not in vain.

Awesome! Really enjoyed this. This really helped me understand the background of Philippi. Thanks for posting.