Is Your View of Beauty Twisted? 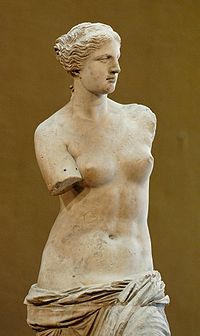 Beauty is crushing us.

It crushes women under standards that no mortal human being can live up to.  Women today are bombarded with photo-shopped and unreal images.  This manifests itself through eating disorders, distorted perceptions of true beauty, and destroyed self-worth.

It crushes men under the weight of pornography, which is twisted manipulation of beauty for selfish ends.  It crushes them by creating the expectation that they will marry the perfect housewife/babe. It crushes men with the lie that sexual performance is directly tied to looks.

But beauty, at its best, is a window into the Divine Love toward us.  It is, at its purest, an expression of God's creativity and his love for all of his creatures.  It is oh so right when it points us to the source of all true beauty, but pursue it as an end in itself and it will crush you.  Beauty as a master will neither love you, forgive you, nor even help you.

Just look at the words of Klaus Bockmuehl as he told this story in The Christian Way of Living.


Heinrich Heine (one of the great German poets of the nineteenth century) lived a very liberal and atheistic life in Paris. He referred to the sculptured torso of the Venus de Milo, the deity of beauty and sex, which is in the Louvre, as his "image of grace." He eventually contracted the diseases connected with her name, that is, venereal diseases. In a miserable state he went and stood in front of the statue. And it was as if she said to him, "Don't you see, I have no arms and cannot help you?" And so, being a Jew, he returned to Yahweh.