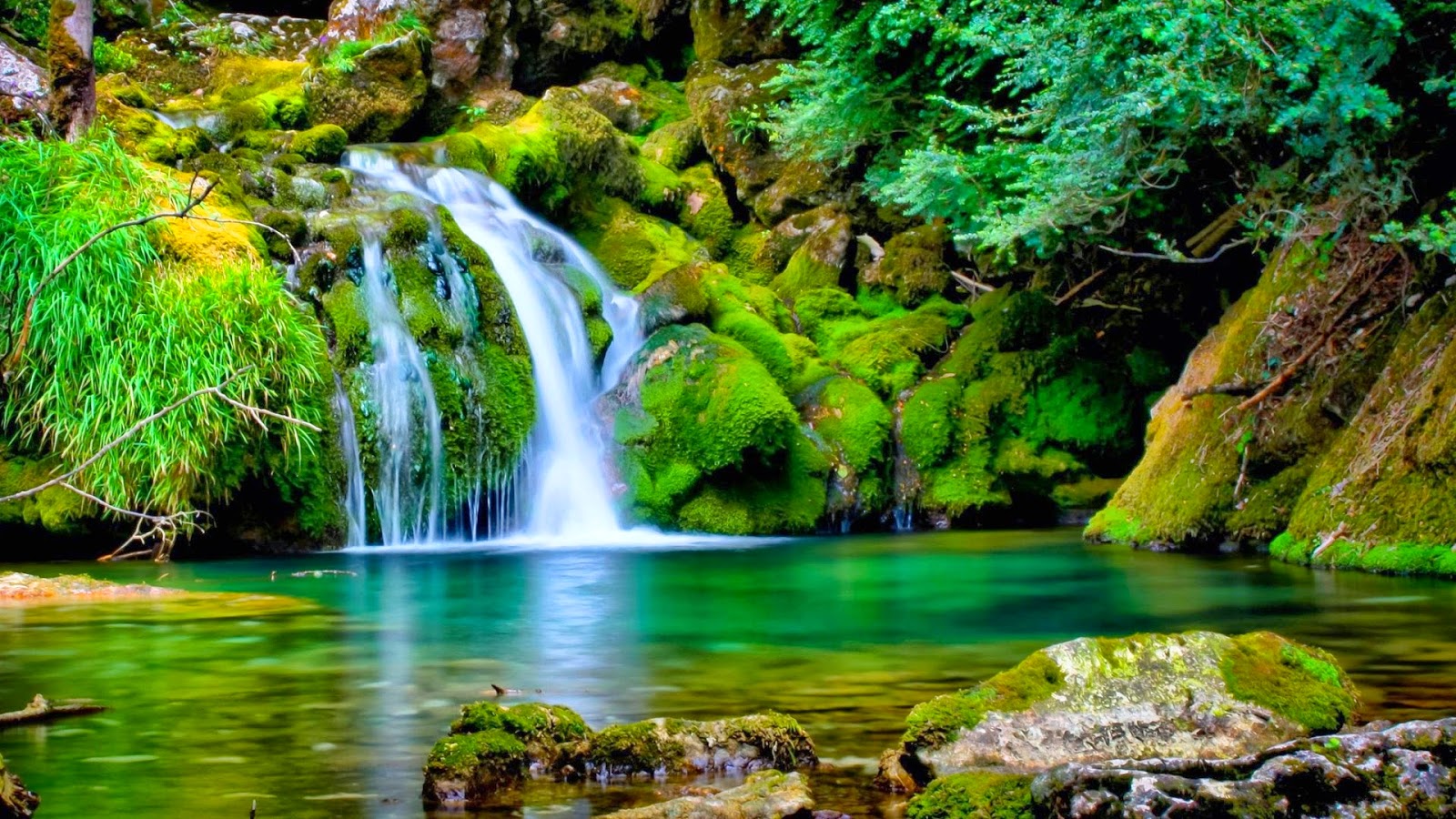 It is my contention that currently most Americans sympathize with the Environmental movement (though it’s not like they are about to give up their SUV’s or anything), but that they don’t really know why. They also do not buy into the alternative theory of the hardcore environmentalists. Still, they inherently believe that the earth should be cared for, but they don’t think it should be worshipped to the complete forfeiture of human flourishing. They desire a middle way. They desire a comprehensive philosophy of the environment that recognizes the moral component of caring well for the Earth which at the same time refuses to deify the earth and so render it incompatible with use for human flourishing. Now that sounds an awful lot like what the Bible says about Creation.

Unsurprisingly, the Biblical account provides the philosophical and moral underpinnings for people’s deepest held convictions regarding this shared space we call the Earth. But characteristically, because it is in the Bible, almost nobody knows what it actually says…

So here are a few simple thoughts to get you started on a theology of Creation.

1. The moral component of Earth care is derived from God.
If you are looking for commandments in the Bible like “Large Agribusiness shalt not pervert the plants with genetic mutation…” prepare to be disappointed. Unless that is in a rarely read section of Leviticus, it’s just not in there. However the story of our world presented in the biblical narrative has one incredibly powerful thought regarding Creation (the Bible uses the term “Creation” to refer, not to God’s act of creating, but to the whole material and non-material cosmos as distinct from God). This world belongs to God. In one conveniently succinct Psalm it states, “The earth is the LORD's, and everything in it, the world, and all who live in it;” (Psalm 24:1, NIV)

In the Biblical worldview, this Earth belongs to God. Human beings have a role to play in changing it, but the first and most dramatic point of the Biblical narrative reminds us: this world belongs to God, you are only a steward. God made it and he thinks it is “very good.” If your neighbor loans you a tool, you take special care of it, better than even your own things, because if you ruin it you will be held accountable. This Earth works the same way. It is God’s, not ours.

There is a moral component to care for the Earth, not because the Earth is a living being with a name as in Captain Planet, Avatar, etc. But rather because God made it.

2. People are responsible for their treatment of the Earth.
In the Introduction to the book of Genesis man and woman both are tasked with producing more people and creating culture by engaging with the Creation in such a way that it leads to human flourishing. Look at what it says, “And God blessed them. And God said to them, ‘Be fruitful and multiply and fill the earth and subdue it, and have dominion over the fish of the sea and over the birds of the heavens and over every living thing that moves on the earth.’”

Sometimes people have read the word “subdue” and thought that implied a license to do whatever suits humans. But we have already seen that what is happening here is delegated authority. Man is free to subdue the earth, to create culture by rearranging the basic elements of Creation to promote human flourishing (being fruitful and multiplying). But he is under the authority of God who declared his Creation “very good.” Power without accountability is tyranny, but delegated power within boundaries is authority.

In this scenario, man has the authority to use the Earth to create culture, to promote human flourishing (to be fruitful and multiply), but he does not have the authority to abuse it to achieve his own ends. In fact, in Genesis 3 when man rebels against the authority of God man’s rule over Creation is challenged by Creation itself.

3. There is a hierarchy to the created order.
While the world belongs to God, yet it exists for people. This allows the nuanced application of Earth care to daily life. It is not so much that we are against everything that is “un-natural” and for everything that is “natural.” Instead we are respectful of God’s good creation and mindful that the creation is intended to promote human flourishing.

Loving animals is a great thing. But most American’s don’t join PETA. Why? Because PETA starts with the truth, but they go too far. The truth is that animals are a part of God’s good creation and therefore like all of creation should be treated with dignity, value, and respect. But animals are also consecrated to a higher purpose, to serve mankind. A donkey plowing a field is not a bad thing even though the donkey may hate it. That is simply the lesser contributing to the flourishing of the greater.

The tricky part is for Christians to distinguish legitimate uses from abuses. Chicken is tasty, but should chickens be pumped full of steroids and kept in cages so small they can’t turn around their entire life? More robust debate from Christians is needed on these very points.

The hierarchy of the created order shows that as people are being responsible stewards plants and animals may be used to promote human flourishing. Man was not created to make the lives of animals better, but vice versa.

4. God will eventually restore this Earth fully.
After the account of the Fall of man a curious thing happens. The consequences of their actions are felt, not solely by Adam and Eve, nor solely by their descendants, but the consequences are felt by Creation itself. In Genesis 3 God states,
“cursed is the ground because of you;
in pain you shall eat of it all the days of your life;
18 thorns and thistles it shall bring forth for you;
and you shall eat the plants of the field.
19 By the sweat of your face
you shall eat bread,
till you return to the ground,
for out of it you were taken;
for you are dust,
and to dust you shall return.””
Notice that here the curse is actually leveled at the Creation. Man has failed in his responsibility as the one to tend and to guard the Garden and now his relationship to it will be beset by difficulty.

But in Romans 8 the Bible presents a way forward. Jesus Christ came not to take disembodied souls to heaven when they die, but to create for himself a redeemed humanity who truly fulfill the vocation of the first Adam. That’s why “the creation waits with eager longing for the revealing of the sons of God. 20 For the creation was subjected to futility, not willingly, but because of him who subjected it, in hope 21 that the creation itself will be set free from its bondage to corruption and obtain the freedom of the glory of the children of God.” (Romans 8:19-21) Jesus restores people and Creation (here personified) can’t wait for restored people to be what they were always supposed to be: God’s wise stewards of Creation.

What to Do:
Then there is the small matter of what you can do about it. The best way to come at this is through one principle and a couple of random applications of that principle. One or two of my applications will make some of you so mad you will write me hate mail. But I’ll do my best to stick to the research and avoid being pedantic.

The principle is this: When in doubt ask whether this contributes to human flourishing?

Does this Ford F-250 make this a better or worse place for people to flourish? Does my recycling promote human flourishing?  What about the clothes that I buy or the food that I produce myself? Again in all these cases the principle of human flourishing provides a guideline to think these things through.

Now here are a couple of specific application points about this principle that I chose because a.) I care about them and b.) you may not know about them. They will probably make some of you angry. That’s good. Denial’s not a river in Egypt and if you’re ever going to come out of it you’ll have to have your bubble popped sometime.

1. Live in a City.
It is well documented (see Green Metropolis by David Owen for the full treatment of this) that city dwellers use less gasoline, electricity, and water than people who do not live in cities. They destroy a fraction of the land to create living space as do people in suburbs. They travel by foot and bike far more often. And the ecological disaster that is parking lots is only fractionally accounted for by urbanites. They also live in highly energy efficient buildings (apartment buildings). If you want to limit your ecological impact you must live in a city.

2. Promote Laws that reveal the true costs of driving.
This past year congress passed legislation that in effect penalized mass-transit users in relation to car drivers in the tax code. This kind of backward thinking should be outrageous. Even if you are neutral or superstitiously unconvinced on the carbon issue the 1.) amount of land paved for roads and parking 2.) traffic congestion caused by cars 3.) wasted family time in said traffic congestions and 4.) American dependence on foreign oil makes policies like this ridiculous.

The thing that makes the most sense is to tax driving more effectively in such a way that the proceeds go directly to fund mass-transit options which (in a spectacular bonus for Christians) also benefits the poor.

3. Start ignoring labels like “Liberal” and “Conservative.”
This could be its own article, but for Christians to toe the party line on everything means they will have a Kingdom impact on nothing. Why should your political or personal views be at all affected by a political party? If you claim to be a Christian then allow the teachings of the Bible to shape and to guide your thoughts. If you do this you will eventually come to believe one thing:

No political party perfectly represents you.

Now that I’ve lived in the South and in the Northeast please allow me to be even blunter with you. If you agree with a political party on everything you are not heeding the words of Scripture. If your thoughts are more shaped by Rush Limbaugh (you know who you are) or Harper’s Magazine (you know who you are) than by the Word of God then your faith has been hijacked to achieve someone else’s political ends.

Ditch the labels and pick up the Word. Allow God’s concern for the poor to run through your veins and shape your thinking on food policy. Allow God’s approbation of His Creation to stir you to protect it when it is being abused. Allow God’s self-sacrifice to motivate you to make the lifestyle changes you know are honoring him.

Being “liberal” or “conservative” just isn’t enough of an identity to shape your thinking. It is more likely a tool used by people in power to keep you incorporated into their voting bloc. So do us all a favor and ditch the labels.