The Simplicity of Easter 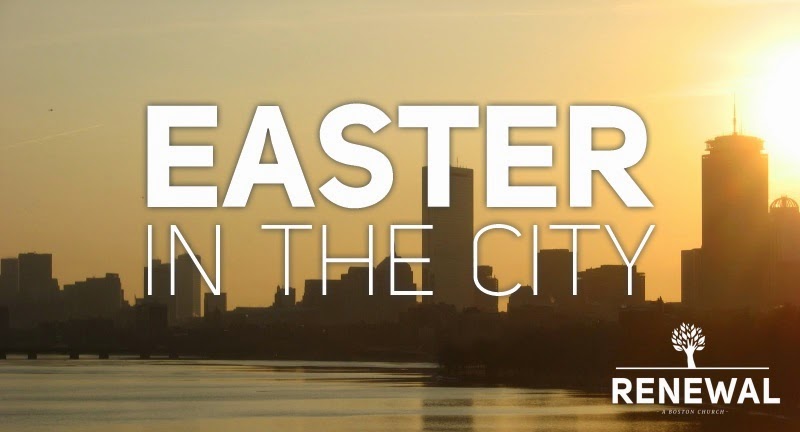 He conquered death. Ever wonder what is beyond death? Instead of reading books about 4 year olds who died and had visions, look to Jesus. He tasted death fully. He died. But he didn't have any visions of heaven, he came back to life! Let that sink in for a moment. The hope of Easter is not that you will "go to heaven when you die." That is true and it is a great thing, but the real hope of Easter is that you will come back from the dead. This is so counter-intuitive that Jimmy Carter used to pray every night before he went to bed, "Lord, help me believe in the resurrection."

He defeated the power of sin. Sin has a hold on you every second of every day. You are tempted every day and turn your heart, soul, mind, and strength to Not God every day. That is, unless you are dead. While Jesus was alive as a man he was tempted by Satan. Now that he is resurrected there is not even temptation or testing. When you are identified with Christ you have died to the power of sin. It's not that you will never sin, but rather, the absolute strangle-hold of sin upon your life has been broken by Jesus.

He defeated Satan. The great tempter, the destroyer, the accuser. When this world is all you know, and you hear the words from the  prince of this world whispered into your ear they seem to carry real weight. But Jesus defeated Satan. He is a vanquished foe. He is a casualty of war lashing out before he finally bleeds out. And those who are identified with King Jesus have nothing to fear from this great enemy.

He absorbed the wrath of God. Standing in the presence of a holy God is a sure way to utter ruin and disaster. This is the mystery the burning bush represents. How can a holy God dwell in the midst of a sinful people, yet they are not consumed? The answer is pointed too in the entire Scriptures beginning to end. God himself will pay the penalty of covenant breaking. Your unfaithfulness is overcome by his faithfulness. Your failures are overcome by his victory. Your stain is washed white by his blood. He was humiliated so that you would stand honored in the presence of God. And how do you know that God approved of this sacrifice? How do you know that his death was enough? Because God raised him from the dead.